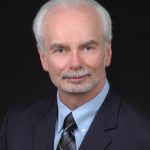 This award honors a person or organization that has demonstrated outstanding leadership in promoting full and fair parental choice in education. The right to choose the schools they believe best serve their children is a rallying cry for parents of modest means who, he argues, have a legitimate claim to public support. As a school choice advocate, Mr. Elcesser brings the unique lens of having served both as a private school leader and a public policy advocate. In Indiana, John was a leader in the coalition that successfully passed tax-credit scholarship and voucher legislation.

The NCEA recently announced the winners of the annual President’s Awards to five individuals and organizations that have contributed significantly to Catholic education. The President’s Awards are given in the names of past NCEA presidents to honorees who model the characteristics that advance the mission of Catholic education in the United States.

NCEA President and CEO Dr. Thomas Burnford, remarked, “By their example of living the Gospel, the honorees display the virtues taught in Catholic schools.  These six people have influenced Catholic schools through their passion and commitment to Catholic education.”

The awards will be presented in conjunction with NCEA’s 2018 Convention & Expo on Monday, April 2, 2018 in Cincinnati, Ohio, at a special awards banquet. The NCEA Convention & Expo is the largest, private-education association gathering in the country. Participants come from many avenues of Catholic school education, including elementary and secondary school teachers, superintendents, principals, presidents and board members. The event features more than 230 professional development sessions, carefully prepared liturgies, networking events and an expo hall showcasing the latest educational products, services and technology, as well as new publications.